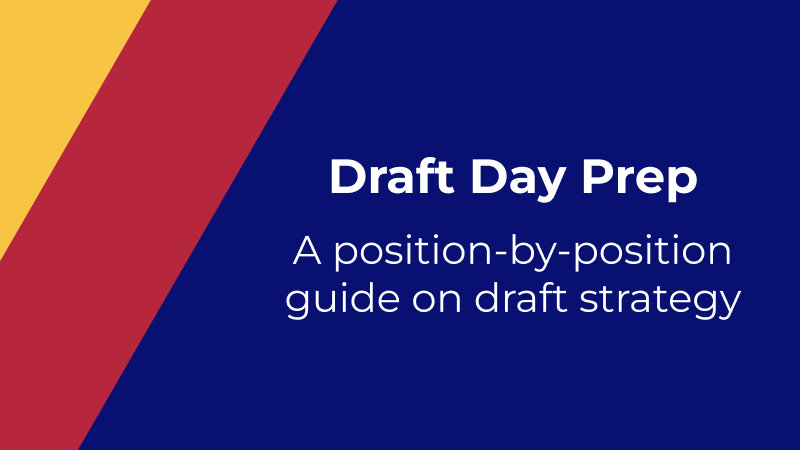 As the final minutes and seconds countdown to the draft there is only one thing on every draft manager’s mind – which position will I be?

Some will be praying to get the first pick, others will want to steer clear of having to decide between their top two inseparable picks. The moderates will sagely hope for a position “somewhere in the middle”, while others will bemoan their chances if they end up picking “on the turn”.

Just consider your own league last year – did the manager with Salah (highest FPL point scorer last year) win your draft league? The chances are, they didn’t! So what does this tell us?

Well the obvious lesson here is that one player doth not make a draft team. Drafting a reliable set of players in the early rounds is far more important than getting a big gun with a supporting cast that lacks firepower. The global dashboard on draftfc.co.uk allows you to see the players the top managers are using and these tend not to be guys that are going high on draft day! Last year, the top managers overwhelmingly picked up form players early and reaped the rewards, the likes of Conor Gallagher, Eddie Nketiah and Matt Doherty (briefly) were all brought in at just the right moment to ride their periods of good form.

Anyway, back to draft day, while the position you draft won’t cost you the title you’re dreaming of, how you play the draft will change. If you’re drafting near the top or bottom, the snake draft format means you’ll be selecting two players each time your turn comes around, whereas those in the middle of the pack will have a more regular view of the board. Below I’ve tried to distil the thought process to have depending on where you are in the draft – now you won’t have time to read this over once you’ve found out your position, so familiarise yourself with all of it ahead of time, so that you can face any scenario thrown at you!

You will know who you’re going for if you’re first on the clock, the rest of rounds 1 & 2 are out of your control, but you can sit back knowing you’ve picked up a guaranteed source of points to build from across the season. Be very clear pre-draft who your first round is, do not rely on the decision being made for you if you’re torn between a couple of players! The rest of the draft rounds are trickier as you will obviously need two players in mind as each turn(s) approaches. Stay alert to the draft and be aware not to lose focus in the long gaps between your picks, you might assume certain players will inevitably disappear before it comes around again, but not necessarily! Make sure you’re checking guys off your list as you go and once you’re within 6 picks of your turn start to plot the two names you’re going for. Keep an eye on the goalkeeper situation, if a run develops after your turn there’s nothing you can do and it might not be worth wasting your next pick on a mid-table keeper. If you find the run kicking off just ahead of your team, do not use your 2 picks to take 2 keepers! There will be a starting keeper waiting for you in round 15 whatever happens (and if you’re in a larger league you can always handcuff your keeper with their deputy).

Tactics do not differ significantly from first pick. You’ll know who your first selection is and will then have to sit back and wait for the snake draft to get back around to you.

Again tactics are similar, but you’re not burdened with the choice of picking one of the first two! As the draft comes back around to you you’ll have 4 picks before you’re on the clock again – which isn’t very long, so as with those above you, make sure you have two names in mind to avoid the madly scrolling down the player list.

The tactics here are somewhere between 3rd and 5th.

Middle of the pack, which will make you feel comfortable when the placements are announced. You’ve got a few minutes to compose yourself and decide who you’re taking. Historically this can be a tricky zone to draft, the obvious top picks are gone and we’re starting to get into the “next tier” of players who can be very hard to differentiate! It’s vital that you’re clear on your first round choices and balance your first pick with a decent second-rounder too. If you’re looking for prescriptive advice (and this won’t be applicable for everyone), if you take a striker in round 1, you’re likely going to be looking for a midfielder (or elite defender) in the second round (and vice-versa). Drafting from this sort of position will also put you in a decent position to pull the trigger on a goalkeeper later on, knowing a few more dominoes will fall and you won’t have lost out on much by the time it’s your pick again.

Very similar to having the 5th pick but your choice will become more and more difficult in the first round if you haven’t planned it beforehand. By now the obvious candidates are gone and you’re faced with the choice of a player who isn’t fully proven (eg Luis Diaz or Darwin) versus someone you know and trust (eg Sterling or Fernandes).

The tactics here are somewhere between 6th and 8th.

The tactics here are between the above and below picks. It’s worth having two or three second round options in mind here as there can be some rogue picks “on the turn” and often you may be pleasantly surprised by the calibre of player you’re able get second.

If you’re drafting in 9th you need to be thinking about the two names you’re going to draft and there can be some very solid combos in this range! If you check out my draft rankings for a 10-team league and look at the players from 8-14, you should plan to take any pairing from those players and set yourself up for a great draft day! Bruno Fernandes plus Alexander-Arnold is dripping in sauce, while Sterling paired with Jesus should keep you in the returns all year long.

You’ve had to sit patiently and watch all the big names disappear, but don’t despair! Your advantage here is you can draft two big names off the board and how you play this is up to you. Having done your pre-draft rankings, you don’t need to overcomplicate things and could just take the two best names that are still there, sit back and await the draft to wind back around to you. My advice would be to take a maximum of one risk here. What do I mean by this? Risks are players who are new to the league, players who are not guaranteed to start every week or players who have historically struggled to stay fit for the whole year. So who might be a risk around this spot? The likes of Darwin (Jota could be preferred initially for his PL experience), Vardy (not getting any younger and two very capable back-ups) or Tierney (who struggles to play half the games).

So there you have an idea of how your draft tactic changes depending on the position you’re assigned. The most important thing is to be prepared and if you want to get some more tips ahead of draft day check out our article – 10 tips for draft day success. The easiest way to prepare is to sign up to view our draft rankings dashboard and see how every other manager in the world is valuing players and drafting their teams – tap into the draft hive mind!